So for the first time in the 9 years of its existence (and yes, I can recite all of the winners still), I finally attended the Polaris Music Prize on Monday, September 22 at the Carlu in Toronto… and it far exceeded my expectations.

There were industry mixing with artists, bloggers with journalists, and beer-drinkers rocking out to house band Dwayne Gretsky… including a very inebriated Mac De Marco later on in the evening.

I was rooting for Shad, having seen him a handful of times in 2014 including at Field Trip Festival but was convinced that Mac De Marco would be the shoe-in.

I must preface this:  I had no idea who Tanya Tagaq was.  After her performance of throat-singing with a shrieking 30 member strong choir backing her and the most metal presence I’ve seen ever, I’ll never forget her 8 minute long performance. She had 1,200 names of missing and aboriginal womens names streaming behind her while my partner and I kept turning to each other and saying, “WHAT IS THIS!?” then alternating to “This is so good.”

Obviously, Drake wasn’t in attendance, but I’m not going to lie- I freakin’ love his new album. Jay Buruchel did a great job hosting however was the token celeb not seen at the after party whereas Win Butler was casually texting and chatting with whomever would go say hello (And yes, I said hello.)

On top of the excellent live performances and overwhelmingly friendly people, there were tons of coloured 7″ vinyl singles to be snatched up.

I also met a man that has had a huge influence on my music journalism career-path, and he was completely charming.

See you all on the red-carpet next year!!

Another amazing client has joined YouRockRed for artist grant support. Adaline’s voice will pull at your heart at the same time as inspiring you to get up and dance.

Check her out here or hit play and let her songs wave over you.

All this week we’ll be revealing new and amazing clients that have joined YouRockRed.

I’m thrilled to be working with this Vaughn-based rock band.  Check them out for yourself and go vote for them in the R3-30 if you dig their sound.  Stuck on Planet Earth are dominating internet airwaves with their new single, “Pain.”

in Uncategorized  by samanthaeverts 17 Sep 2014 0 comments

All this week we’ll be revealing new and amazing clients that have joined YouRockRed.

Kellylee Evans is in a league of her own when it comes to jazz music coming out of Canad and has the Juno to prove it.

If you don’t believe me, just take a listen to her new song/video below.

Here’s a photo highlight. Review will be up on their site next week.

This was my second time attending TIFF but this time actually hit the red carpet for the world premier of Tusk (the new Kevin Smith movie and a personal inspiration for his “why-not” attitude), the new Kristen Wiig Welcome to Me (expect award noms for her), Eden (French 90s DJ movie), The Sound and Fury (new James Franco) and Tokyo Tribe.

Partied at the Drake thanks to Planzio at THIS party with 20 friends. If you’ve not gotten the app yet, get it FREE here!

James Franco speaking to the audience

Every audience member was given a walrus mask so that they TOO could become the walrus.

Canon shot from our spot in the balcony of midnight premier.  Bonus: Kevin Smith talked for about an hour afterwards and inspired EVERYONE.

And surprisingly THIS was the catchiest song heard:

Also I spotted THIS man. 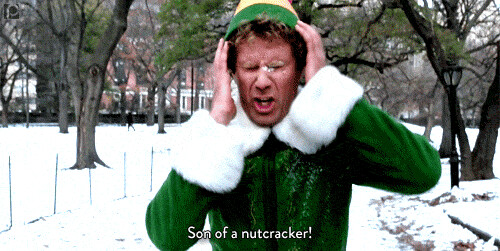 I’m honoured to have been invited to speak at Indie Week’s Indie 101 Conference happening on October 15-18.  I’ll be speaking on October 16 on the subject of grant funding.

I shot, wrote and edited this Pledge commercial for management clients The Strain at the beginning of August. I’m so excited it launched last week so that you now have a chance to pre-order their new album they’re recording with Howard Redekopp (Tegan and Sara, Mother Mother) in Vancouver.

Check it out for yourselves here.

13 Songs about Going Back To School

The Donna’s – I don’t wanna go to school

Blink 182- Stay Together for the Kids

James Brown- Don’t be a Drop out-

Beach Boys- Be True to Your School-